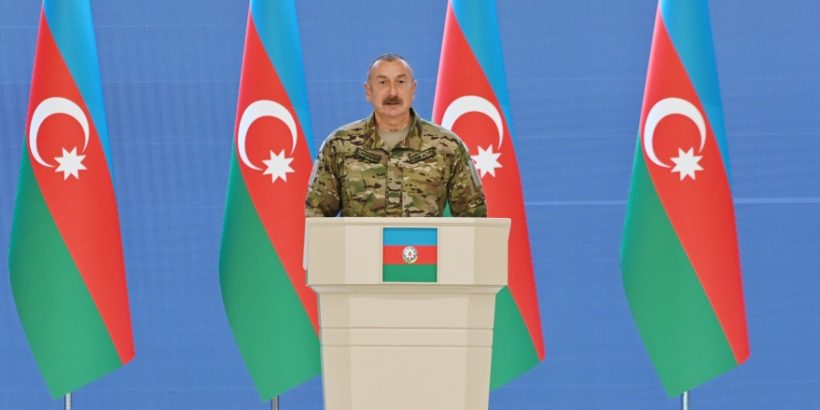 President of the Republic of Azerbaijan, Supreme Commander-in-Chief of the Armed Forces Ilham Aliyev has met with a group of leaders and personnel of the Azerbaijani Army at the Gulustan Palace on June 26 on the occasion of Armed Forces Day.

Supreme Commander-in-Chief of the Armed Forces addressed the meeting, AZERTAC reported. In his speech, along with a number of factors that led to the victory in the Patriotic War, the President also touched upon the successes at the international level, noting the following:

“First of all, we had to succeed at the international level, and we did it. In recent years, leading international organizations have adopted decisions and resolutions supporting our fair position. I have repeatedly expressed my views on this issue before the war, and I have tried to convey to the citizens that this is one of the key factors in resolving the conflict. Because we had to prove that international law is on our side. We had to prove that Nagorno-Karabakh has always been the land of Azerbaijan. Why did we have to prove it? Because Armenia, its supporters abroad, the Armenian lobby presented a completely distorted picture of the situation. Unfortunately, pro-Armenian forces, Armenia’s patrons abroad, tried to make this false facts into the reality. Our opportunities were very limited. Therefore, the main task for us was to convey the real truth to the world community at the international level, to make decisions of powerful international organizations. That’s what happened. Leading international organizations – the UN, the Non-Aligned Movement, the Organization of Islamic Cooperation, and even the European Parliament, the Council of Europe, which has always been unfair to us, have been forced to adopt decisions and resolutions that reflect the truth and meet our interests. That was the international side of the issue. “