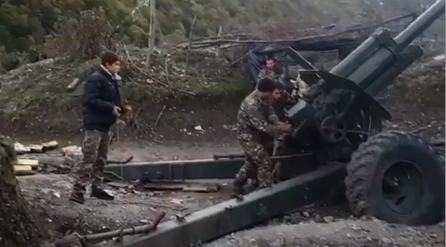 On 25 May 2000, the General Assembly adopted the Optional Protocol on the involvement of children in armed conflict (OPAC) in order to protect children from recruitment and use in hostilities. It entered into force on 12 February 2002, the anniversary of which has ever since been marked as the International Day against the Use of Child Soldiers.

Secretary General in its report titled “Children and Armed Conflict” at the 74th session in June 2020, called upon Member States to respect the rights of the child, including through accession to the Optional Protocol to the Convention on the Rights of the Child on the involvement of children in armed conflict, and the endorsement and implementation of the Paris Principles and Vancouver Principles on Peacekeeping and the Prevention of the Recruitment and Use of Child Soldiers.

International Humanitarian Law prohibits the recruitment and use of children in hostilities. Article 50 of the IV Geneva Convention, states that an Occupying Power must not enlist children on the occupied territory (GC IV, Art. 50).

The prohibition is applicable in both international and non-international armed conflicts (such as a current Karabakh armed conflict, between Armenia and Azerbaijan). The bans on recruitment of children below the age of 15 enshrined in Article 77 of Additional Protocol I, and in Article 4 of Additional Protocol II to the Geneva Conventions of 1949 are also considered to prohibit accepting voluntary enlistment (P I, Art. 77 (2); P II, Art. 4(3)(c)).

Article 77 states that, the Parties to the conflict shall take all feasible measures in order that children who have not attained the age of fifteen years do not take a direct part in hostilities and, in particular, they shall refrain from recruiting them into their armed forces. Paragraph 3 of Article 4, of Additional Protocol II is devoted more particularly to the protection of children and reiterates some principles contained in the fourth Convention. Provisions of the protocol include protection from the effects of hostilities (sanitary zones, evacuation), provision of special care and aid (medicine, food, clothing), protection of personal status, family and community ties (identity, registration, reunification, news), cultural environment, education, or limits to the death penalty. Other provisions specifically regulate the treatment of detained or interned children.

The Optional Protocol to the Convention on the Rights of the Child differentiates between States and non-State armed groups in setting the age limit for recruitment and use in hostilities. Armed groups that are distinct from the armed forces of a State should not, under any circumstances, recruit or use in hostilities persons under the age of 18 years.

States Parties shall take all feasible measures to prevent such recruitment and use, including the adoption of legal measures necessary to prohibit and criminalize such practices.

Under the Statute of the International Criminal Court, conscripting or enlisting children into armed forces or groups constitutes a war crime in both international and non-international armed conflicts (ICC Statute, Article 8(2)(b)(xxvi) and (e)(vii)).

Another important documents in the sphere of protection of child soldiers are the Paris Principles and the Vancouver Principles.

Paris Principles were adopted in 2007 at the “Free Children from War” conference organized by France and UNICEF. In the last 10 years, 105 states have endorsed these Principles.  The signatory States have declared that they are prepared to identify and implement durable solutions to combat the unlawful use and recruitment of child soldiers in conflicts. The Paris Principles has the priority to put an end to the use or recruitment of child soldiers and one the goal is to release children enlisted into armed groups and achive sanctions against people having unlawfully recruited children. I have big doubts that Paris Principles will achieve its goals in relation to Armenia.

In November 2017, Canada launched the Vancouver Principles on Peacekeeping and the Prevention of the Recruitment and Use of Child Soldiers at the UN Peacekeeping Defence Ministerial conference in Vancouver, British Columbia. The Vancouver Principles are a set of political commitments focused on child protection, including all stages of a conflict cycle. They comprise 17 principles that focus on preventing the recruitment and use of child soldiers by armed forces and armed groups.

Child soldiers in the Armenian army

“Video shows that Armenia employs child soldiers. Needs to be investigated”, Assistant of the President of the Republic of Azerbaijan, Head of Foreign Policy Affairs Department of the Presidential Administration Hikmet Hajiyev wrote on his Twitter page during the 44-day war in Karabakh territory of Azerbaijan. He also added that “Recruiting and using children under the age of 15 as a soldier is prohibited under international humanitarian law – treaty, and customs – and is defined as a war crime by ICC”.

It is not the first time, Armenia commits a war crimes in relation to children. According to the “Child Soldiers Report 2001- Armenia”, “Recruitment of children has been reported to occur in practice. The Committee on the Rights of the Child, at its January 2000 session, raised questions regarding reports of refugee children from Azerbaijan being forced to join the Armenian army. The delegation responded that Armenian children in “Nagorno-Karabakh had been known to take up arms against Azerbaijan “in defense of their territory”. The Committee recommended that Armenia should refrain from conscripting children into the armed forces and should take special protection and rehabilitation measures for children affected by armed conflict” (see the UN press release, UN CRC concluding observations on the status of children’s rights in Armenia, 20/1/00, HR/CRC/00/15 and also UN document reference CRC7C794).

Absolutely no actions have been taken by Armenia in regard to the recommendations of the report. Furthermore, they kept repeating to commit this war crime. This time, in 2020, again in Karabakh armed conflict.

Use of the educational facilities for military purposes by Armenia

Recently, the Armenian media outlets informed that Karabakh separatists’ leader Arayik Harutunyan discussed the fighting situation with militaries in the kindergarten during the 44-day war in Karabakh. Harutyunyan’s photo from the discussion of the “state of war” was rightly criticized on social networks.

It was also revealed that the place where Harutyunyan held a “meeting” was not “the south-eastern direction of the front”, but in fact the kindergarten No. 3 in Khankendi, Karabakh.

It should be noted that this is a method constantly used by the Armenian army. So, they choose either a house of culture, or a school, or a kindergarten as a military base. When the Azerbaijani Army strikes the area, it is rumored that Azerbaijan is firing on civilian targets. However, Azerbaijan strikes only legitimate military facilities. They use civilian objects, as a “human shields” which is prohibited in the context of armed conflicts. This rule is set forth in the Third Geneva Convention (with respect to prisoners of war), the Fourth Geneva Convention (with respect to protected civilians) and Additional Protocol I (with respect to civilians in general).

Under the Statute of the International Criminal Court, “utilizing the presence of a civilian or other protected person to render certain points, areas or military forces immune from military operations” constitutes a war crime in international armed conflicts.

It is a clear violation of the educational rights of children which are stipulated at articles 28 and 38 of the Child Rights Convention and also the principles stated at the Safe Schools Declaration.

According to the Article 38 of the Convention on the Rights of the Child (1989), states undertake to respect and to ensure respect for rules of international humanitarian law applicable to them in armed conflicts which are relevant to the child. The state has obligations under international humanitarian law to protect the civilian population in armed conflicts and shall take all feasible measures to ensure the protection and care of children who are affected by an armed conflict.

İt should also noted that according to the Safe Schools Declaration, it is prohibited to use educational facilities as barracks or detention centers during the armed conflict. Such actions expose students and education personnel to harm, deny large numbers of children and students their right to education and so deprive communities of the foundations on which to build their future. Where educational facilities are used for military purposes it can increase the risk of the recruitment and use of children by armed actors or may leave children and youth vulnerable to sexual abuse or exploitation. In particular, it may increase the likelihood that education institutions are attacked.

The Safe Schools Declaration is an inter-governmental political commitment that was opened for endorsement by countries at an international conference held in Oslo, Norway, on 28–29 May 2015. The Declaration provides countries the opportunity to express political support for the protection of students, teachers, and schools during times of armed conflict; the importance of the continuation of education during armed conflict; and the implementation of the Guidelines for Protecting Schools and Universities from Military Use during Armed Conflict.

Chairman of the Legal Analysis and Research Public Union.