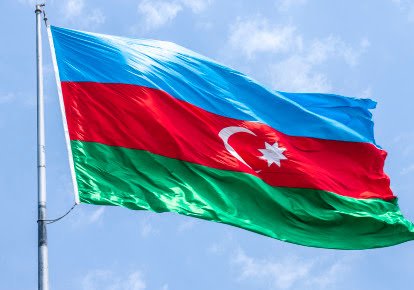 Azerbaijan evolving role as an international player capable of accommodating to entities and interests cutting across diverse geographic distances, identities and religions.
When thinking of Azerbaijan’s foreign policy, one has to put things into the right historical and geopolitical perspective in order to fully fathom its priorities and insecurities. Its foreign policy has undergone a fair degree of evolution and introspection since its independence in 1991. Independence brought new challenges as well as opportunities to this South Caucasus country, which has come to reinvent itself and its foreign policy priorities in a rather delicate neighborhood. Geographically and geopolitically speaking, Azerbaijan, caught between Europe and Asia, symbolizes a vital juncture between the two continents. It is “sandwiched” between the two big powers – Russia and Iran, and shares a common border with Armenia, its hostile neighbor, due to the unresolved conflict over Azerbaijan’s Nagorno-Karabakh region. Apart from the lingering territorial conflict, Azerbaijan’s foreign policy was also shaped and impacted by its openness to cooperation with global, Euro-Atlantic and post-Soviet institutions, as well as by its religious identity, i.e. it being a secular Muslim state, which also conditioned its choice of allies among the countries of a similar faith. To continue reading: