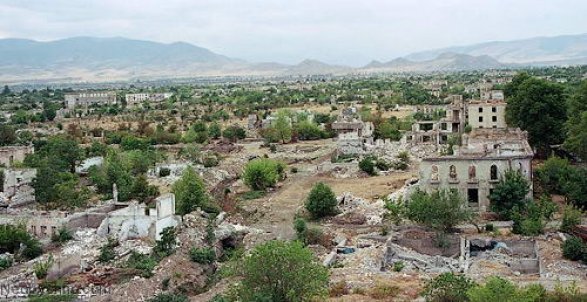 Azeridaily.com: Former American Co-Chair of the OSCE Minsk Group Richard Hoagland, in an interview with the Voice of America, made a sensational proposal to transfer Nagorno-Karabakh under the UN protectorate.

Answering the question about the recent clashes in the Tovuz direction of the border, Richard Hoagland said that this incident was not accidental, but the motives of the clash were unknown to anyone.
‘When any side accidentally opens fire, that immediately creates communication between the sides and the accident of the incident is noted. But this did not happen this time,’ he said.

Hoagland noted that the activities of the OSCE Minsk Group were limited, and it could implement measures that were allowed by the parties to the conflict. The American diplomat is confident that the Minsk Group cannot resolve the conflict without the full support of regional forces.

‘Unfortunately, the conflict will continue until the parties are ready to declare that ‘they are ready to seek a compromise. Ordinary citizens will experience the most negative impact of the conflict,’ he said.

Hoagland also made a sensational statement that this issue should be transferred to the UN protectorate.

‘The only solution to the conflict is the transfer of Nagorno-Karabakh under the UN protectorate for an indefinite period of time. Perhaps in a few years, when the passions have subsided a little, people on both sides will say “We want such and such a future under the leadership of the UN.” This is my personal opinion, which I came to after becoming a co-chair,’ said Hoagland.

Communities and diasporas around the world are sometimes even tougher than their governments, he said. He said clashes between members of the Azerbaijani and Armenian diasporas in Los Angeles, Moscow and other cities prove this.

‘All of this, in a sense, turned the conflict into an international problem,’ said Richard Hoagland.

Recall that on July 12, as a result of the provocation of the Armenian side, battles began on the Azerbaijani-Armenian state border, during which both sides suffered losses.

On July 13, the OSCE Minsk Group Co-Chairs issued a statement on the violation of the ceasefire regime on the Azerbaijani-Armenian border. In a statement, they called on the parties to resume negotiations as soon as possible.
Source: http://azeridaily.com/reality/57683