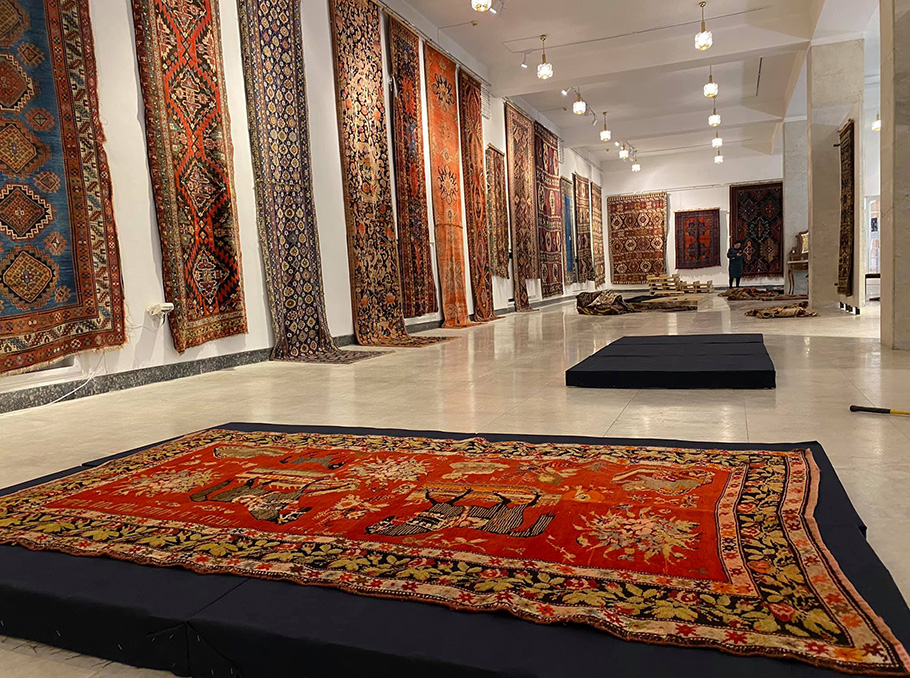 According to the Armenian state funded Public Radio, and other mass media resources, an exhibition of carpets, which were illegally taken from the Shusha Carpet Museum on the 1st of November 2020, will be held at the Alexander Tamanyan National Museum-Institute of Architecture in Yerevan (Armenia) on the 20th of February 2021.

The carpets to be displayed as “Artsakh” carpets are in fact the patterns of Azerbaijan’s national heritage of Karabakh. This exhibition is yet another proof from the series of cultural intimidation acts against Azerbaijan by Armenian leadership. Armenian Republic, which is constantly trying to falsify history and misappropriate the cultural heritage of Azerbaijan, intends to openly demonstrate another “element” of their aggression – such as stolen carpets from Azerbaijan’s Shusha city, which they have been holding under occupation for almost 30 years.

The works of art, such as carpets, are cultural property and are of the most noticeable civil objects and have the right to special protection.

Armenia is a part of the UNESCO’s 1954 Hague Convention on the Protection of Cultural Property in the Event of Armed Conflict and its First and Second Protocols, which are against falsification of historical and cultural heritage. Armenia violated the 1970 Convention on the Means of Prohibiting and Preventing the Illicit Import, Export and Transfer of Ownership of Cultural Property.

However, Armenia also violated the customary humanitarian law rules, such as the rules of war stipulated by the 1907 Convention with respect to Laws and Customs of War on Land. According to the 1907 Convention, the property of institutions dedicated to religion, charity and education, the arts and sciences,

All seizure of institutions of historic monuments, works of art and science is forbidden, and should be made the subject to legal proceedings. Armenia’s seizure of all carpets of Azerbaijani cultural heritage should be punishable.

The First Karabakh war of 1992-1994 was not only bloodshed, death, and forced displacement, but also an unimaginable amount of looting by Armenians in the occupied territories. The peaceful Azerbaijani population, who had to leave their native houses in a hurry, left not only their houses, but also all their belongings, including carpets, which are the decoration and calling card of almost all Karabakh houses. Those carpets, like other valuables, were looted by Armenians and sent to different countries for sale.

From this point of view, it is important to restate Article 27 of the Fourth Geneva Convention which states that, “protected persons are entitled, in all circumstances, to respect for their persons, their honor, their family rights, their religious convictions and practices, and their manners and customs. While the term culture is not specifically referred to, the demand to respect manners and customs remains an important notion when considering culture.

Widespread and systematic attacks of Armenian army against Azerbaijani people in Karabakh, based on culture is a form of persecution falling under the category of Crimes Against Humanity.

Finally, we demand UNESCO as the global organization, the mission of which is to contribute to the building of a culture of peace, to consideration the fact that the acts of the Republic of Armenia regarding systematic damaging and destroying Azerbaijani cultural heritage in Karabakh during the last 30 years, including the latest fact of illegal ownership of Azerbaijani works of art, to take all appropriate measures to condemn the fact, which also affects the overall situation of peace maintenance in Karabakh.